ClickSlice was hired by the South Korean tech giant, Humax, to improve the visibility of their products in Google and generate more revenue.

Humax produces set top boxes, so they’re in a daily battle with big-name retailers like Amazon, Currys, John Lewis, Argos, and eBay, just to name a few! No matter what keywords we decided to target, the competition would be some of the toughest out there. These giants have whole departments across the globe dedicated to claiming those top Google spots.

At ClickSlice, we love to partner with mission-led brands and use our skills for positive global change.

We focused on improving the online visibility of the website and generating more leads through multiple regional pages.

ClickSlice was hired by London Speech Workshop to help improve the visibility of their website for people searching for their services.

London Speech Workshop is a communication company that hosts speech workshops and courses across the world. They’ve been featured in some of the biggest media outlets in the UK and have a reputation for being the best at what they do.

ClickSlice was hired by the prestigious branding agency in London, Recipe Design.

Dejex reached out to ClickSlice towards the end of 2021 and was after help to increase the volume of organic sales coming through their Ecommerce website.

Dejex is a national B2B horticulture supplier that sells a wide range of products ranging from fertilisers to PPE.

ClickSlice was hired by MadeSimpleMedia in February of 2021 to help with their SEO, specifically improving their online presence.

MadeSimpleMedia is a web design company based in Horsham, a large, West Sussex town.

ClickSlice was hired by Pet Weighter to help improve the visibility of their products in Google and generate more revenue.

Pet Weighter is an award-winning dog bowl manufacturer based in the UK. They sell weighted dog bowls that don’t move when your dog eats or drinks out of them (pretty cool right!).

this could be you!

Reading how well other companies are doing is great, however, what’s better, is having these results for YOUR own business too.

We ensure your website is the first one that potential customer sees when searching for a product or service that you offer.

Get in touch today and let’s get you some results. 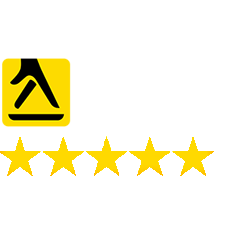